The role of social networks in investigative journalism. Comparative study of Catalan and Belgian journalists

Collaborating with the audience to know the truth of the facts is a trend in the United States newsrooms, but is it the same in Europe? Digitization has transformed the relationship between journalists and audiences. When every mobile phone can record video and take pictures, everyone is a potential news source (Gillmor, 2004; Deuze, 2012). There are lots of good examples of crowdsourcing in investigative journalism. But is it the most common use that journalists give to social networks?

This paper, focused on the use of Twitter by the Catalan and Belgian journalists, argues that there is still a long way to go. The corpus is a traditional newspaper and a «pure player» of each country –the media with the largest audience in a specific region of two countries with a multilingual reality like Spain and Belgium. The methodology consists of a two-week observation in each newsroom and more than twenty in depth interviews to different professionals, from editors in chief to journalists and social networks managers. Moreover a model study of the official Twitter accounts has been implemented. It is called DIP and measures the average involvement with the audience. Only 2% of tweets analysed (a total of 883) was to interact with the audience.

The findings point out that most journalists and journalistic institutions have failed to take advantage of the explosion in potentially newsworthy content facilitated by the growth in digital communication.

If you are interested on the topic, enjoy my Prezi 😉 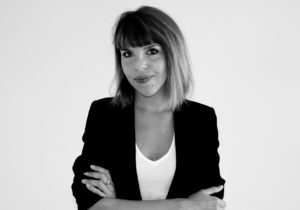